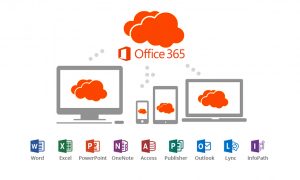 You can save you files online to keep it safe in case of accidents happens such as losing physical device. The 1TB of OneDrive online storage has more than enough space for you to store your files. Data security is especially important for business. Office 365 has Advanced Threat Analytics (ATA) which uses analytics and machine learning to detect and alert you to suspicious behaviour on you network. There is a mobile device management which can allow you to control Office on your employees’ devices to protect company information. If an employee’s device is lost or stolen, it can be remotely wiped to prevent data leakage.

There are a lot of other features of Office 365 which we won’t mention here. Perhaps the only disadvantage of Office 365 is that you have to pay continuously. If you stop paying, the Office software you installed will stop working.